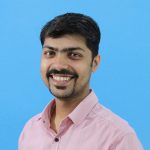 If you’re reading this article, chances are either you haven’t been able to diagnose the reason for declining Facebook Ads performance or planning ahead.

All you know is that showing an ad 10 times over and still not getting favourable response means you need to take an action. Do you need to update your ads? Or you need to come up with new targeting audience? Maybe try a new value proposition?

If there is a sudden unexpected drop in your ad performance, always start by checking if your Facebook pixels and events are firing correctly.

Sometimes web development teams forget to place them back in their place during a website update. That’s why it’s recommended to use Google Tag Manager for setting up Facebook pixel and conversions

You can do this check using Facebook Pixel Helper plugin for Google Chrome.

Let’s put forth some scenarios in front of you, and see if you relate any of them with your current declining ad performance.

When your targeted audience has seen your ad multiple times but still not shown any interest in it, it is called ad fatigue.

Here’s the science behind why it happens.

People tend to have a selective attention. If they start focusing on everything or a similar thing again and again, they will be overloaded with information. Essentially, a human brain is designed to focus only on what matters immediately.

In terms of a website or an app, people tend to focus only on what matters ignoring elements and information that they perceive as ads. This is popularly known as banner blindness or ad blindness.

In the context of Facebook Ads, it simply means people have started ignoring your ads. And you need to fix it.

First of all, you need to be certain that the ad fatigue has come in. If you notice these two happening together, chances are ad fatigue is there:

To fix ad fatigue, start looking at the ads which are causing the most drops in CTR, high CPC, and high frequency.

This analysis helps determine which of your ads your audience is starting to ignore.

Few things you can do to remedy ad fatigue are:

If you are eCommerce brand, here are three tips that you should definitely test to tackle drops in Facebook Ads performance:

Don’t be too quick in changing and optimizing your campaigns though.

Facebook’s algorithm requires at least 50 conversions per ad set to get through the learning phase and give the best results.

2. Audience saturation: Your ads are gradually not reaching to a new set of people.

Audience saturation happens when a large percentage of ad impressions are coming from people who have already seen your ad. Or to put it in another way, your ads are not being shown to new people.

You can measure it with frequency. It’s a measure of how many times a person has seen your ad.

High frequency of ad visibility does increase awareness and brand recall, but when your objective is conversion, you don’t want high frequency. When your audience stops responding to your ads, it leads to diminishing returns because there is no intent of conversion.

Here are the metrics that will help you diagnose your ad sets for audience saturation:

You can check these metrics in Delivery Insights section of an ad set.

When you know you have exhausted and saturated your current audiences, what other best practices can you implement?

3. Competition: Has it increased?

Facebook marketing does not discriminate between small or big businesses (not as much at least), but one thing that most marketers don’t account for is: competitors targeting the same audiences.

If you’re running Google Ads, it does tell you how you rank against your competitors and it does tell you who gets on the first position. However, in Facebook Ads, it’s difficult to do competitive analysis.

It’s like you’re competing against all the advertisers for one-person attention.

So, how do you figure out if competition is increasing?

As a matter of fact, Facebook does provide you an interesting chart.

According to Facebook, data points between -20% and 20% should be considered stable.

That means if you see the data point in auction competition graph exceed 20%, it means the competition is rising. If you see this happening for 3-4 days consecutively, you need to change your approach.

One way to solve this is by running ads for different objective. If it’s not something that you can do, try going for new audiences and return to the same audience after a while.

Try introducing new offers and conversations. How much you can experiment depends on your category, size of the business, and your competitors’ performance.

Facebook Algorithm is like a black box that no one has access to. Marketers know now that there have been around 6-7 major algorithm changes and some minor ones every few months; but how can they decline your ad performance?

The game-changing news-feed ‘sorting order’ a.k.a. algorithm was introduced in 2009. The objective of the algorithm was always to show the right type of content to the right audience. This was done to maximize the amount of time people spend on Facebook as a platform.

Soon pages that posted high amounts of promotional content (organic content which had ad-driven content) were down ranked, and their engagement rates reduced drastically. Between 2015 to 2018, organic reach for branded content decreased from 5.4% to 1.2%.

Now let’s try to understand what Facebook looks at when it evaluates your ads:

Note: Your relevance score takes time to be determined.

Another metric that Facebook uses to determine your ad performance and credibility is User Value. Facebook measures the actions users take AFTER they interact with your ad.

When an advertiser run misleading ads, or ads with click-bait, the negative feedback by your audience is recorded, which in turn down-ranks your page and ads in the Facebook universe. A way to avoid this is by ensuring that your landing page communicates exactly what your ad promised. Have the same synergies in terms of colours, communication, branding, and language.

5. Ads needs to be updated: Some of them eventually stop performing.

Facebook prides itself on offering the best user experience it can, and if your low-quality ad affects that, don’t you think the platform will push your ad back, you know, for their audience (and declining time spent on the app)?

Facebook’s ad system is designed to maximize value for people and businesses alike. Hence, they conduct research and analyse feedback from their community to understand what attributes of your ads are low-quality.

Below are some of the attributes of low-quality ads, If any of the below-mentioned points tick any boxes, it’s time you course correct and improve your Facebook ads for better results.

To Wrap it up.

As algorithms and features evolve, so does consumer behaviour and expectations. Facebook is a place a huge fare where your chances of success improves if you’re able to bring your users’ attention towards you. It is imperative for you as a brand to elevate individual user content and experience instead of run-of-the-mill branded content.

Now that you know some trade-secrets start by setting a reporting system for yourself.  Conduct weekly reviews. Take the right call at the right time, and get to a point where you can shorten the conversion journey of your audience without letting your ad performance drop!

Is there anything else you think that might cause decline in Facebook Ads performance? Write down in the comments below and I will add it to the list.

10 Reasons to Advertise on Facebook Based on Real, Hard Data

What is Facebook Pixel? How to Create, Setup & Use It?